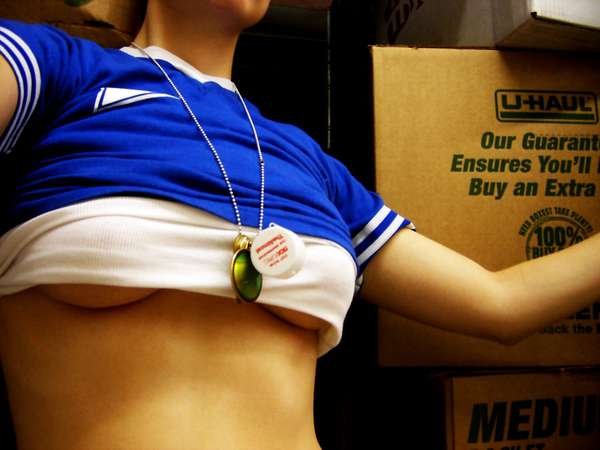 Bianca — October 3, 2007 — Naughty
References: clicked.msnbc.msn
Share on Facebook Share on Twitter Share on LinkedIn Share on Pinterest
Don't get boobytrapped into thinking a smokin' figure is all about cleavage. According to various sources, showing cleavage is thing of the past; that's right, now it's all about the "underboob." The sex-appeal associated with cleavage has been around for centuries, being enhanced by beauty boosters like push-up bras and corsets, but now it's, well, old.

Instead of shifting all the breast tissue up to create a round sphere on top, the underboob involves pressing the breasts downwards to create a perfect sphere below instead of above. They're then shown off under a cropped tank top.