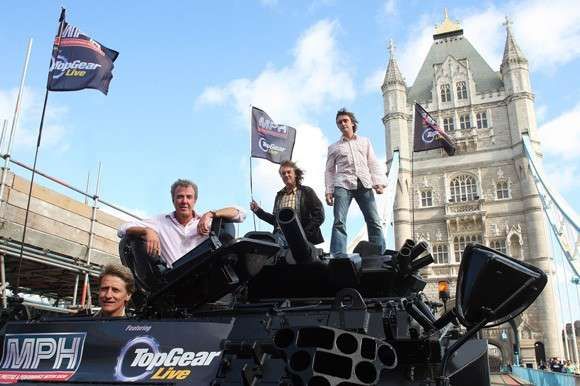 In their piece about the UK’s Equity Bill, the Daily Mail spoke quite extensively about the car show “Top Gear,” which features three men and their love of cars. The show has been cited by women’s studies and sociology professors as sexist, with a need to be more female-friendly. Under the Equity Bill, the triumvirate of Clarkson, Hammond and May would have to be amended to include a more diverse team of presenters.

Thankfully, there’s some common sense from the other end of the aisle, courtesy of Autoblog:

Top Gear’s producer Andy Wilman released a statement in response, calling out the mandate and its supporting egg-heads by saying “our regular viewers know, on account of them normally having more common sense than politicians or academics, Top Gear is a male show, in that it revolves around three males enjoying their love of cars.”

Wilman went on to say, “this sort of claptrap is very patronizing to women, because it assumes women can’t enjoy a show’s presenters on merit, but can only appreciate a program if spoken to by one of their own sex.”

What do you think about the Equity Bill? Weigh in below.
0.9
Score
Popularity
Activity
Freshness
View Innovation Webinars