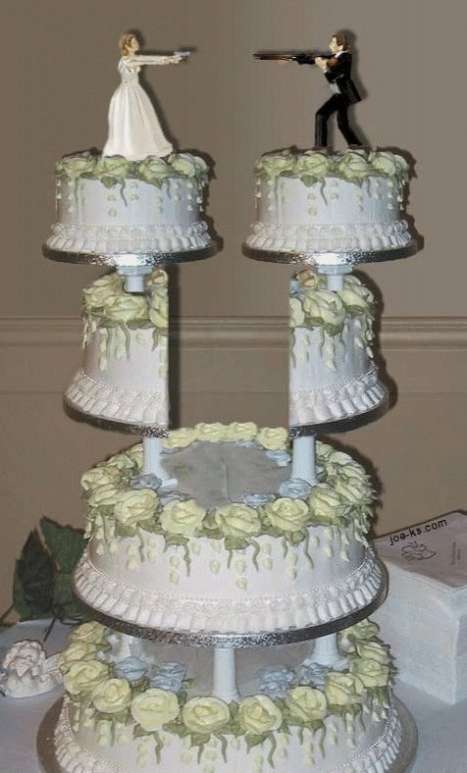 Luisa Amanda Gomes — January 20, 2010 — Lifestyle
References: fox8live
The UK divorce gift registry is similar to a bridal gift registry, except for one painfully obvious fact. Instead of celebrating the unification of two lives with useful gifts like toasters, blenders and antique tea sets, we can now commemorate their demise.

So, there is a silver lining around that gray cloud for those couples who have decided that marriage with one another just isn't right for them anymore. Even better, it could also lead divorce proceedings in a less messy direction, since the couple wouldn't have to fight over who gets what. After the deal is done, they could always pick out what they lost during their separation.
2
Score
Popularity
Activity
Freshness

11 Tributes to Divorce
From David Duchovny to Unwedding Cakes
play_circle_filled