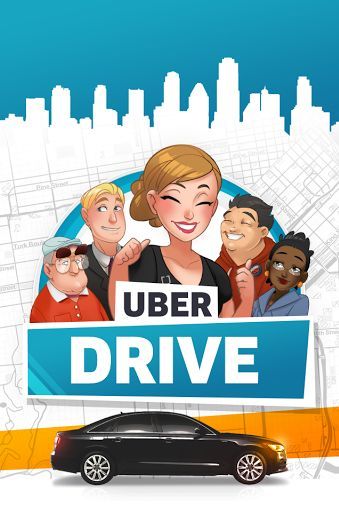 Corinne Guirgis — June 13, 2015 — Tech
References: newsroom.uber & techcrunch
Share on Facebook Share on Twitter Share on LinkedIn Share on Pinterest
Ridesharing giant Uber is taking a major step in addressing customer concerns with its newest venture, UberDRIVE, an interactive game for iOS designed to enhance driver's navigational skills without using up their gas. While Uber has revolutionized the taxi and transit industry with its affordable rates and convenient ordering options including pre-registered credit cards, fare splits and direct driver contact, the company has fallen short in driver training due to its massive network.

Despite the app's GPS capabilities, it is not uncommon for Uber drivers to have limited knowledge of the surrounding areas, a problem which has resulted in widespread complaints on social media. UberDRIVE, a mobile game for iOS, is the company's proactive solution, which will "help drivers figure out how to maneuver through city streets, starting with San Francisco," according to TechCrunch.

UberDRIVE Players will operate as Uber drivers, picking up and dropping off digital customers while mapping their way through city streets and obstacles. Players will also earn points throughout the game as they find the most efficient routes. The more points a player earns, the more chances they have to unlock better cars and new areas of the city.

While Uber has often been recognized for its revolutionary approach to technology, UberDRIVE will surely follow suit with its fun and friendly approach to job training.
2.5
Score
Popularity
Activity
Freshness
Get the 2021 Trend Report FREE

Dog Walker Apps
'Wag!' is a New App for Dog Owners That Will Find You a Dog Walker on Demand