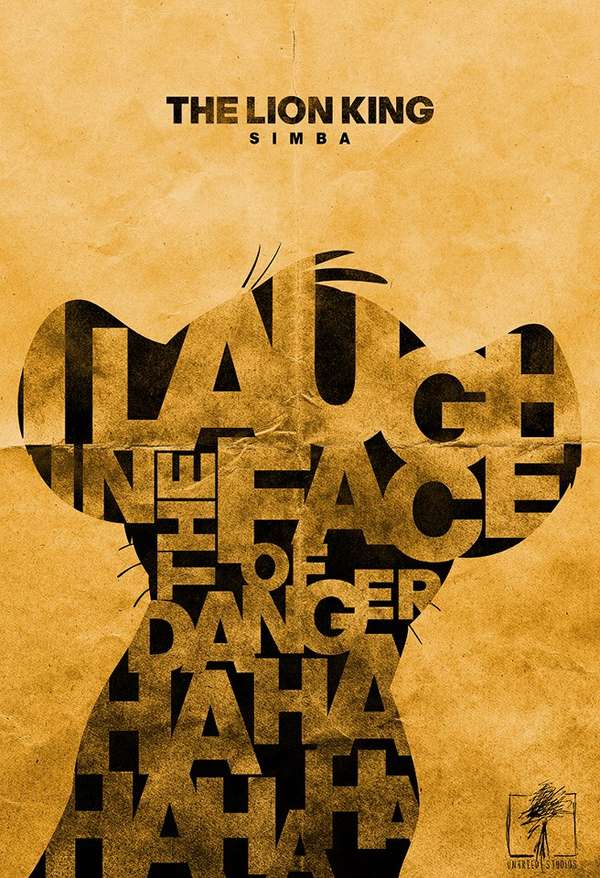 Ian Andrew Panganiban — March 15, 2013 — Pop Culture
References: untreedstudios & laughingsquid
For most people born in the 90s, these animated typographic posters are bound to bring up memories of days past from childhood. The Lion King typographics, which are designed by Untreed Studios, showcase a minimalist homage to the Disney classic.

The poster designs feature several of the main characters of the film such as Simba, Timon and Pumba who are also accompanied by distinct quotes from each character. The Lion King was just one of those movies that became a staple during the 90s. With Simba’s anthem of wanting to be king and Timon and Pumba’s problem-free philosophy, this film was a huge part of growing up as a kid in the 90s.

The recent insurgence of the popular children’s film brought back the public’s interest in the movie and thus, created a demand for pieces like these.