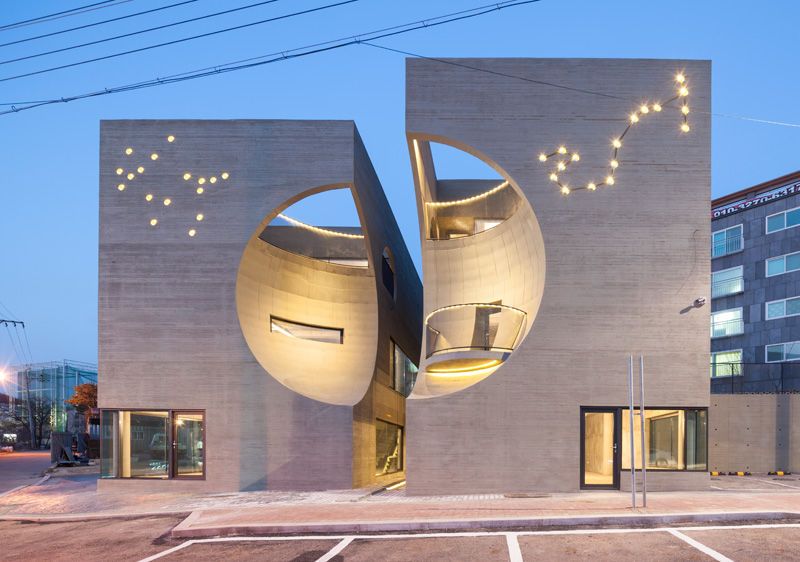 Meghan Young — June 24, 2015 — Art & Design
References: moonhoon & contemporist
Share on Facebook Share on Twitter Share on LinkedIn Share on Pinterest
Two Moon By Moon Hoon, an architecture firm based in Korea, is a stunning building that looks as though it were actually carved out of the moon. Complete with a large crater, the concrete structure stands both imposingly and invitingly. Although this might seem impossible, the design itself is already quite unexpected.

Located in Gyeonggi-do, Korea, Two Moon By Moon Hoon is a private cultural center that comes complete with a coffee shop and gallery. It is dramatically lit and boasts a starry constellation scene on the exterior that adds to the magic of the design in general. Inspired by a movie of the same name, the studio writes that it is "a free spirited space, somewhat erotically charged like the movie, a place full of festivity and relaxed atmosphere."
6.4
Score
Popularity
Activity
Freshness
View Innovation Webinars