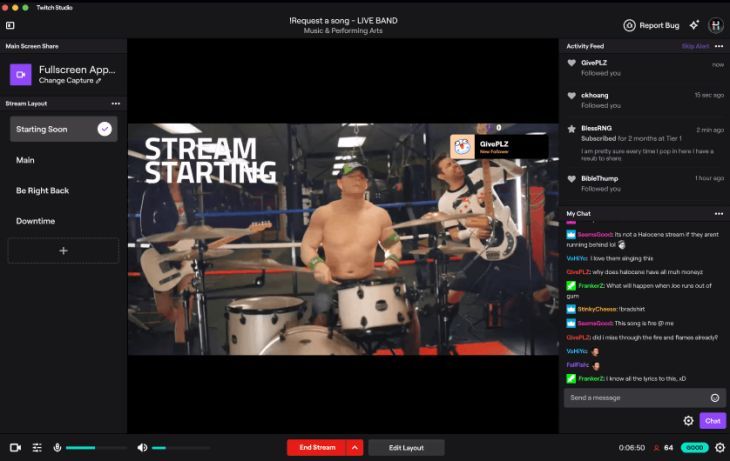 Daniel Johnson — June 23, 2020 — Tech
References: twitch & techcrunch
Share on Facebook Share on Twitter Share on LinkedIn Share on Pinterest
Twitch previously launched a broadcasting app, named Twitch Studio, that allowed users to easily stream content to the platform. Twitch Studio was only initially available for PC, but the company recently made the software available to Mac users through a beta program. However, the Mac version of the app will not have all of the features as the PC version, as the company states that some functions are not possible. Including real-time game rendering, so Mac users will have to stream their display instead.

The Twitch Studio app allows users to access everything they need to start streaming, including chat monitoring, activity feeds, and more.

Making the app compatible with Mac computers will allow Twitch to attract more streamers as more people can participate.