Bringing Back the Dinosaurs 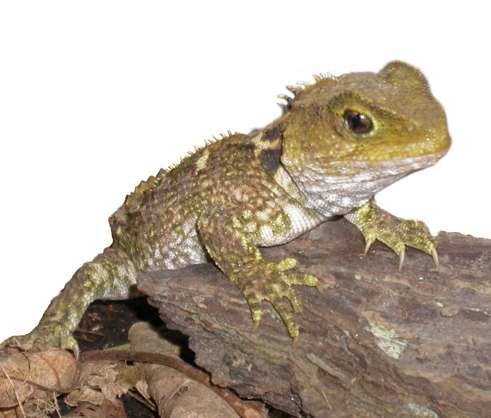 Bianca — August 6, 2008 — Lifestyle
References: panda.org & ap.google
Share on Facebook Share on Twitter Share on LinkedIn Share on Pinterest
The most fascinating beast being (trend) hunted today is the Tuatara, one of the world's last living dinosaurs. The particular tuatara fascinating the media is an 111 years old male expecting babies. Since the news broke, thousands of people have turned to the web in search of tuatara pictures!

Tuataras are part of the Sphenodontidae family, and the only remaining member of the Rhynochocephalia order (the rest roamed the earth about 200 million years ago.) They have been listed as endangered since 1895, but if all goes well, this dinosaur could be making a comeback! Henry the tuatara mated with a female tuatara, Mildred, at the Southland Museum and they are now waiting for about a dozen eggs to hatch.

The thing that seems to fascinate people most about the tuatura, besides the fact that it's having babies, is that the native New Zealand reptile has a third eye, or parietal eye. No, it's not an ogre-style eye in the middle, nor is it like a "spiritual eye," rather, it's a barely visible tiny eye on top of the head, usually hidden in the tuatara's wrinkled skin.