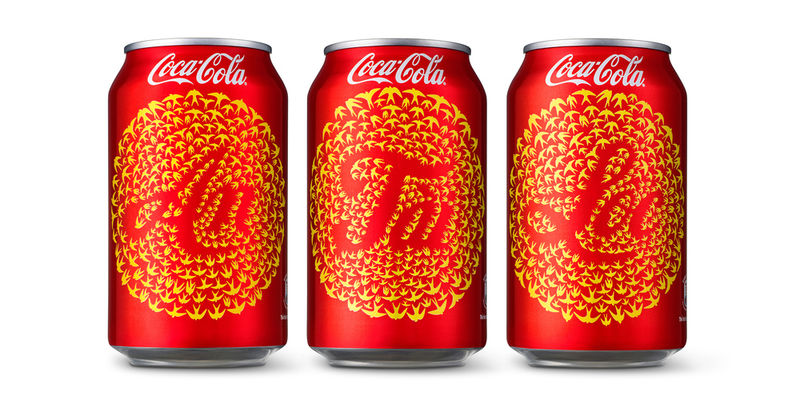 Soft Drink Cans Get a Makeover for the Tet 2014 Festivities

Farida Helmy — January 29, 2014 — Marketing
References: behance.net & thedieline
The celebration of a New Year is always the perfect time to share a Coca-Cola with your loved ones; whether or not that is the case for you, Coca-Cola is in fact widely consumed during Tết (Lunar New Year), the most celebrated and festive holiday in Vietnam.

And for Tết 2014, Coca-Cola made sure it was part of the happiness and festive celebrations with its re-branded Coca-Cola cans donning the Tết symbol.

Using the re-branded can as a way to spread Tết wishes to the millions nation wide, Vietnamese multidisciplinary design agency Rice Creative used the traditional Coca-Cola can as a base then hand-drew hundreds of swallows around a custom script.

By implementing the illustrated Tết symbol -- the Swallow Bird -- on the can and the three words (An meaning peace, Tài meaning success and Lộc meaning prosperity), Coca-Cola was able to become part of the Tết 2014 holiday celebrations for real.
3
Score
Popularity
Activity
Freshness