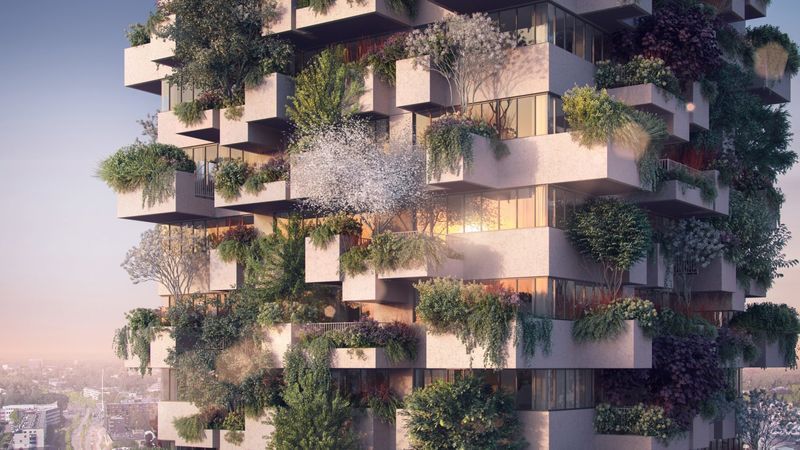 'Trudo Vertical Forest' Has Been Approved in Eindhoven, Holland

Joey Haar — January 16, 2018 — Eco
References: stefanoboeriarchitetti.net & dezeen
Share on Facebook Share on Twitter Share on LinkedIn Share on Pinterest
In the seminal Canadian drama 'Treed Murray', the titular Murray gets chased up the titular tree by a gang of intimidating muggers, but with 'Trudo Vertical Forest', Stefano Boeri has designed a way to chase trees up a building. The recently approved social housing project will be a high rise filled with a lush, densely treed series of balconies, dramatically reducing the building's overall carbon footprint.

Vertical forests have become a hot topic in the world of sustainable architecture. However, as much as the concept seems appealing in theory, it hasn't been carried out on a large scale in practice. Trudo Vertical Forest will give architects and urban planners an idea of the real-world impact that such a building style will have on cities and communities.
5.1
Score
Popularity
Activity
Freshness
View Innovation Webinars