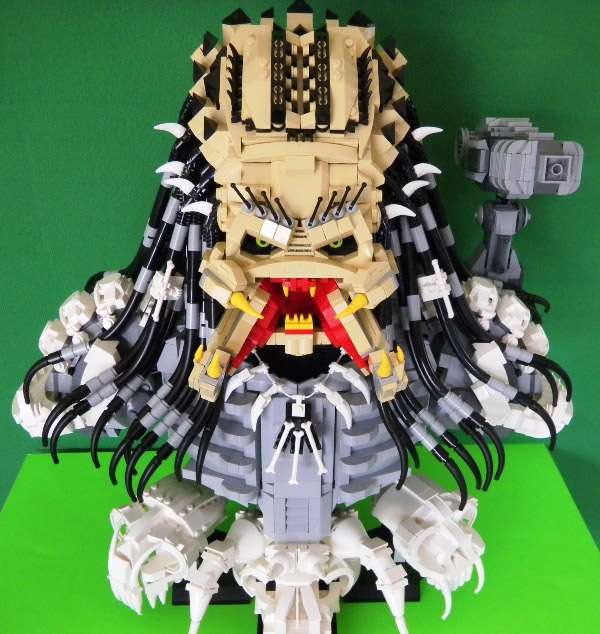 Matt Ho — September 11, 2011 — Pop Culture
References: mocpages & obviouswinner
Sci-fi fans will rejoice when they see the Trophy Armor Predator because among the many LEGO pop cultural creations, this may be the most badass one of all.

The man-hunting alien that blew itself up after losing to Arnold Schwarzenegger is now forever solidified in brick form. Designer Shawn Synder recreated the creature using LEGO, and boy, does it impress. The eyes, facial features and fangs are all there and are as accurate as it gets. The other incredible details Synder has added include the dreads complete with braids and the shoulder-mounted gun that's killed so many in the Predator movies. Oh, did I mention that he's even incorporated the skull trophies? The Trophy Armor Predator will definitely have fanboys drooling.
2.9
Score
Popularity
Activity
Freshness