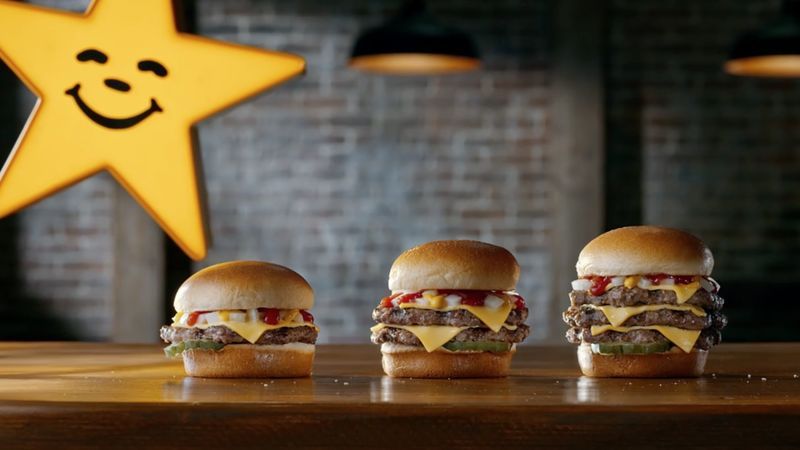 Carl's Jr.'s New Triple Slider is Three Times the Height of a Burger

Katherine Pendrill — February 4, 2018 — Lifestyle
References: carlsjr & foodbeast
Share on Facebook Share on Twitter Share on LinkedIn Share on Pinterest
While most people think of sliders as a pint-size version of a regular burger, Carl's Jr. is flipping that notion on its head with its brand new Triple Slider. Despite the miniature patties, the new slider is hearty enough to be enjoyed on its own.

The new Triple Slider is part of Carl's Jr.'s recently released lineup of mini burgers. While the pint-sized Charbroiled Sliders come in single, double, or triple patty versions, it is the latter that is creating the most buzz. That is because each hamburger patty weighs 1.3 ounces, meaning the Triple Slider contains as much meat as a quarter-pound burger. Even more impressive, the new burger is three times the height, making it an intimidating appetizer option.
1.3
Score
Popularity
Activity
Freshness
Get Trend Hunter Dashboard