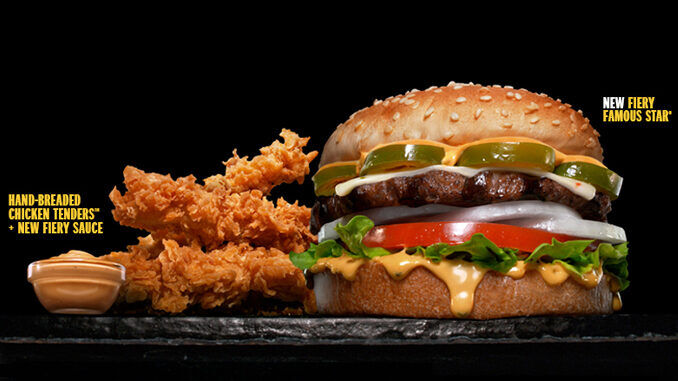 Carl’s Jr. and Hardee’s are Serving Up a New Triple Fiery Famous Star

Katherine Pendrill — January 22, 2021 — Lifestyle
References: chewboom
Share on Facebook Share on Twitter Share on LinkedIn Share on Pinterest
If you're looking to crank up the heat in 2021, Carl’s Jr. and Hardee’s have you covered with their new Triple Fiery Famous Star. The towering new burger is part of a larger Fiery Menu, which is sure to make your tongue tingle.