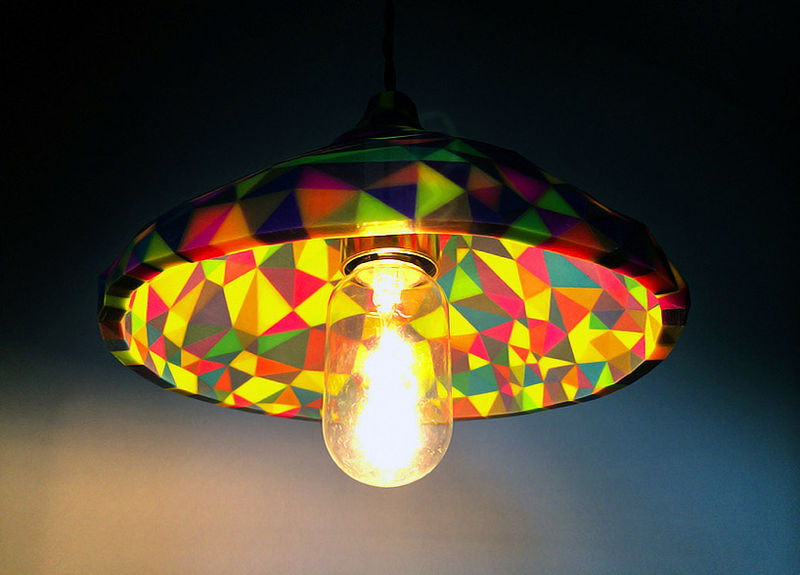 The Trip Lampshade is Psychedelic

Jamie Danielle Munro — July 9, 2014 — Art & Design
References: danielhilldrup & designboom
Share on Facebook Share on Twitter Share on LinkedIn Share on Pinterest
The Trip Lampshade is a design by Daniel Hilldrup that brings back a few aesthetics of the 60s. Instead of rendering a simple cover suitable for a number of different apartments, Hilldrup went for something more out there for a distinct sense of taste.

His design features a variety of colors, with a geometric pattern. Each triangle on the lampshade consists of a different shade, none of which go together in the traditional sense. However, for those that are looking for a statement piece in a living room or bedroom, this will draw eyes in no time. According to DesignBoom, the piece was "influenced by the works of Antonio Gaudi," who is noted for his surreal approach to architecture and design.