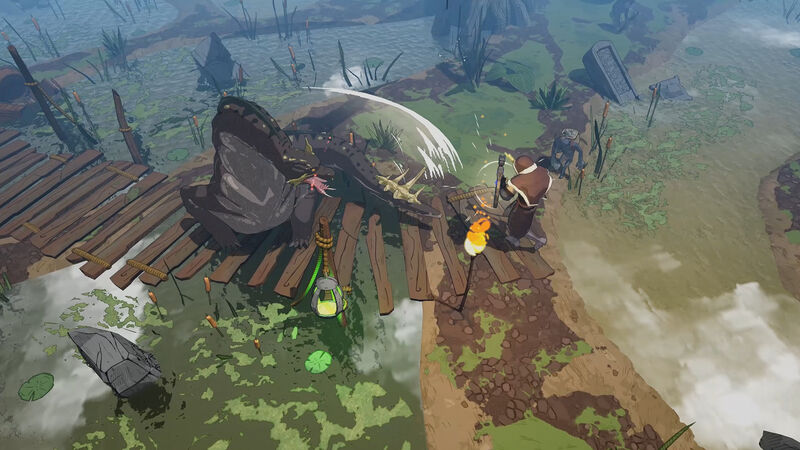 Players Stand Against an Onslaught of Giants in 'Tribes of Midgard'

Set in the Norse world of Midgard, players are able to act alone or join with others to defend their Viking village during the tumultuous times of Ragnarok. They'll have to strategically build up their defenses and improve their equipment to keep the menacing giants at bay. In order to craft new weapons, they can explore the surrounding wilderness to find the resources they need. Throughout the game, players will have the chance to find ancient relics, defeat enemy camps, and find wandering merchants who will offer them unique supplies.

Corrupt Hobbit Games
Players Act as the Deprived Ring-Bearer in 'The Lord of the Rings: Gollum'