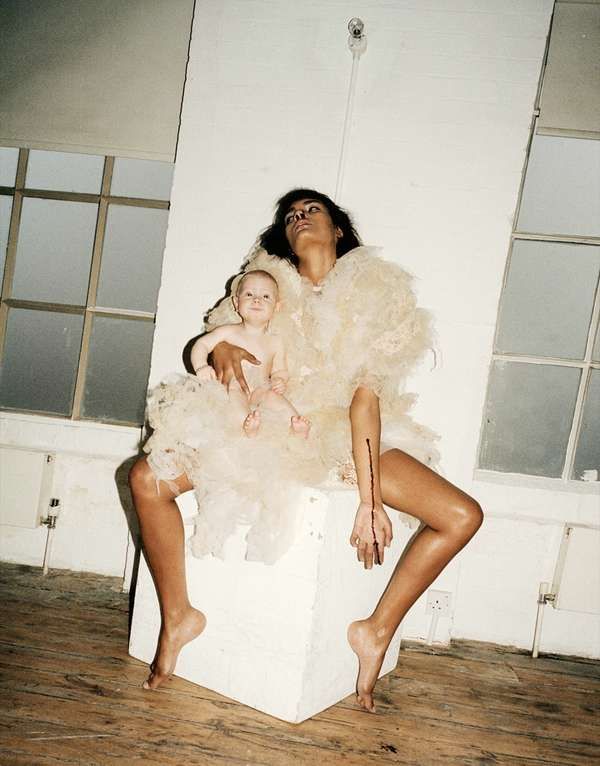 The Birth Place Depicts the Trials of Pregnancy

The Birth Place stars the striking Nadia Araujo as the mother. The photoshoot is shown in chronological order from an un-impregnated Araujo to a macabre Victorian-esque materal figure holding a nude infant. Some of the photos have a religious feel to them. For instance, in one shot, Araujo is shown praying while wearing a flowing white peasant dress. She is shown from the side, standing next to a bleak white wall. The stark backdrop and minimalist profile lead to a contemplative religious atmosphere.

Through the photoshoot, viewers see Araujo wearing a bloodied dress, huddling in a womb-like space, and finally holding an infant. This photoshoot demonstrates 1 Granary n°1's fearlessness in undertaking something risky and graphic. Its fearlessness results in a beautiful, striking photoshoot that viewers will carry with them for quite some time.
3.4
Score
Popularity
Activity
Freshness
Get the 2023 Trend Report FREE