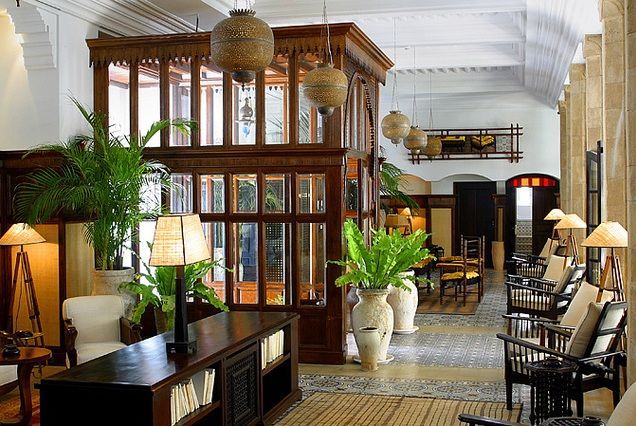 A Land of Constant Innovation and Wonder (SPONSORED)

For most of us, it’s the kind of place you’ve read about in magazines or have seen a million times as the backdrop for big-budget Hollywood epics, but after spending a week travelling in this incredible country with a team of bloggers (courtesy of Morocco National Office of Tourism) I can safely say that nothing really comes close to visiting Africa’s “Western Kingdom” in person.

At first glance it can be tricky to pin down what exactly makes travelling in Morocco so uniquely incomparable, but this is largely because the country’s identity defies any simple stereotype or classification. Throughout its relatively brief history, Morocco has been a crossroads of peoples, values and nations – all of which have contributed to a cultural mosaic that is far more than merely the sum of its parts.  From its origins as a Berber Kingdom thousands of years ago to the unmistakable imprint that centuries of successive conquerors (Arab, Portuguese, Spanish and French) have left upon it, modern Morocco somehow manages to combine African, Middle-Eastern and European culture into a uniquely fascinating national identity all its own.

For my part, I had the fortune of travelling in Morocco with an all-star lineup of influential North American bloggers that included Heather Clawson (http://www.habituallychic.blogspot.com) , Amber Katz (http://beautybloggingjunkie.com), Fiona Byrne (http://naag.com), Yuli Ziv (http://YuliZiv.com), Dina Fierro (http://www.eye4style.com) and Ashley Rodriguez (http://notwithoutsalt.com).  Each of my companions had a specific area of expertise (whether it was food, beauty, fashion or lifestyle), and as the representative for Trend Hunter on the trip it was my job to keep my eyes open for any examples of cutting edge innovations that I could find. Little did I know, however, that Morocco would present me not with the challenge of seeking out innovations, but rather with the positive conundrum of nearly having too many to choose from.


Ultimately, it was this very circumstance that made me realize just what made travelling in Morocco such an indescribably interesting experience. I realized that in every aspect of the country, from its surprisingly progressive government to its incredible hotels and restaurants, the consistent impression I got was of a society that never took progress for granted. From completely self-sufficient eco-lodges outfitted with the latest in sustainable technology like the Atlas Kasbah (http://www.atlaskasbah.com/), to an entirely woman-run Argan oil cooperative (http://www.arganoilsociety.org/argan-oil-women-cooperatives/) that turned native tree-borne nuts into a seemingly limitless array of products, the most consistent narrative of the trip was that Morocco offered some new discovery that defied all expectation every single day.

Whether it’s ATV’ing on sand dunes next to beaches, wandering the labyrinthian corridors of the souk (market) in Marrakech, or standing next to the world’s second largest Mosque located in Casablanca… there literally is no limit to the adventure to be had.

I’ll be following this article up with a more detailed rundown of my favorite innovative discovery of the trip (the The Atlas Kasbah Eco-Lodge eco-lodge), but in the meantime I’ve taken the liberty of including some of the other highlights of my 7-day trip below. For the travel-lovers among you, I couldn’t recommend checking out these Moroccan must-sees hotels any more fervently. Or, for that matter, making the trip to this incredible destination as soon as you can. The word is out on travelling in Morocco, so I wouldn’t wait around…

Mansion Hotel Makeovers
The Casa Gangotena Gets a $10 Million Facelift