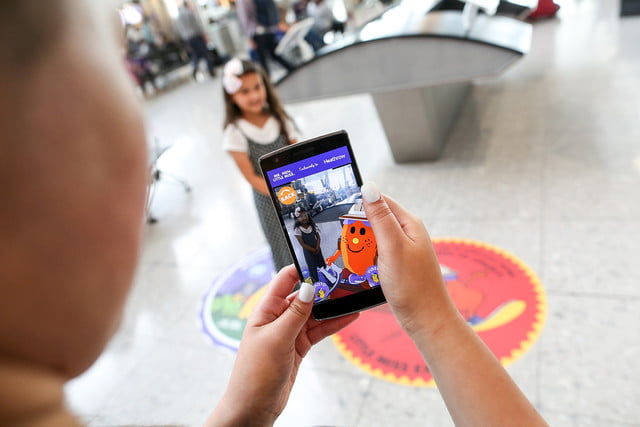 'Around the World with Mr. Adventure' Keeps Kids Occupied During Layovers

Joey Haar — July 22, 2017 — Tech
References: heathrow & digitaltrends
Share on Facebook Share on Twitter Share on LinkedIn Share on Pinterest
For today's kids, 'I Spy' and 'Geography' aren't good enough travel distractions when there's an entire universe of smartphone games out there. That's why London's Heathrow airport has introduced a new AR game called 'Around the World with Mr. Adventure' to keep even the most tech-savvy kids occupied during layovers. By using a smartphone app, kids can learn about different cities while unlocking characters around the airport and earning themselves real-world prizes.

Around the World with Mr. Adventure is a partnership between Heathrow and the Mr. Men and Little Miss series of children's books. The six badges throughout Terminal 2 are each dedicated to one of that series' characters, and whenever kids find the decals printed on the floor around the terminal, they use their phone cameras to play an AR video featuring a character. Further, when kids pick up digital badges, they can trade them for real-world, iron-on badges at any information desk.
3.8
Score
Popularity
Activity
Freshness
Get Trend Hunter Dashboard