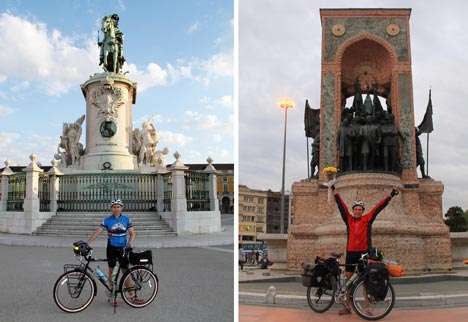 Originally a TV industry executive based out of Hong Kong, Miller has taken to the winding streets of Europe and he's taken his eco-ethics with him! Concluding in Istanbul yesterday, TransEurope 2011 began in Lisbon, Portugal about three months ago and involved ad hoc events at every major stopping point in between the two cities. What makes Todd Miller's journey so unique is his insistence on personal action, a growing pattern in environmentally-conscious circles that are used to blaming large conglomerates. Not only did 100% of the charity proceeds go to Yaowawit, a Thai children's charity, but donators also pledged to adopt one green habit and practice it everyday.
1.5
Score
Popularity
Activity
Freshness
Get the 2021 Trend Report FREE