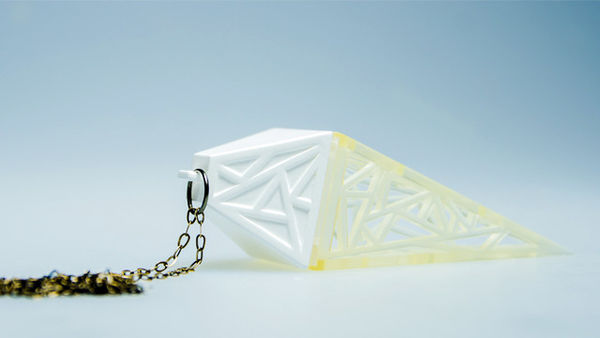 Amelia Roblin — October 22, 2013 — World
References: designby-cl
While it ever-so-slightly resembles an ice cream cone, the Touchlight is actually a symbol of a significantly less carefree subject. This is an emblem designed to commemorate the earthquakes in and around Christchurch, New Zealand, in recent years, in memorial of the lives lost to the massive natural disaster.

Casey Lin proposed this sculptural pendant for the local Luxcity Festival as a personal lighting solution. When it's time for the moment of silence, people could press the button on top of the Touchlight to illuminate the patterned pyramid and cast a bright and mystical glow. The abstract design of the necklace was inspired by the Earth's shifting tectonic plates and the immense power that the planet possesses.
4.7
Score
Popularity
Activity
Freshness