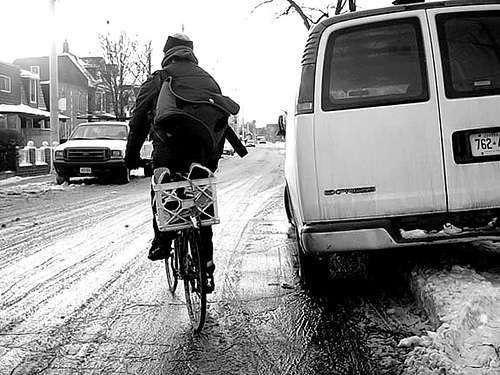 Toronto plans to embrace and improve cyclist’s paths year round by plowing major routes and sidewalks. This will also help pedestrians trudge through the concrete jungle city streets.

“Councillors on the city’s parks committee will discuss a plan today to make special efforts to clear two east-west bike routes into the downtown, one along the 'multi-use path' along Lake Shore Boulevard and Queens Quay from the east, and the other on the Queensway and King Street West.”

Denmark is adduce to this worthwhile concept with its established and maintained winter cycling routes. They utilise a special plow machine to clear their bike lanes which has been proven successful thus far.

Whether you cycle to save the earth, cycle cause you can't afford a car, or cycle to stay in shape, Torontonians may not have to fear next winter’s barrage with the newly proposed, cyclist-friendly plans.