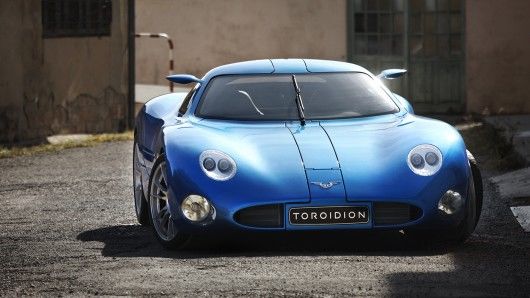 The Toroidion 1MW is the World's Most Powerful All-Electric Supercar

Rahul Kalvapalle — April 20, 2015 — Autos
References: toroidion & gizmag
Share on Facebook Share on Twitter Share on LinkedIn Share on Pinterest
The Toroidion 1MW is a concept supercar that was designed, developed and constructed entirely in Finland, making the small Nordic country's intent to make a splash in the world of supercar design. This vehicle isn't just any old supercar, but is the world's most powerful all-electric supercar, beating out the Rimac Concept One. At 1 MW or 1,341 horsepower, it's one of the most powerful supercars around. In addition to its insane power, the car boasts some truly cutting-edge technologies ranging from fast-swap batteries to a scalable powertrain.

In terms of styling, the Toroidion 1MW concept appears to take a lot of elements from different car designs, making for a modern all-round appearance. The stand-out feature is the liberal use of three-dimensional curves. The profile is rather reminiscent of a C5 Corvette, while the rounded headlamps evoke a Porsche or Lamborghini.

With a truly fresh and unique design and with incredibly technologically advanced performance specs, the Toroidion 1MW concept is a supercar in the truest sense of the word.
3.5
Score
Popularity
Activity
Freshness
View Innovation Webinars