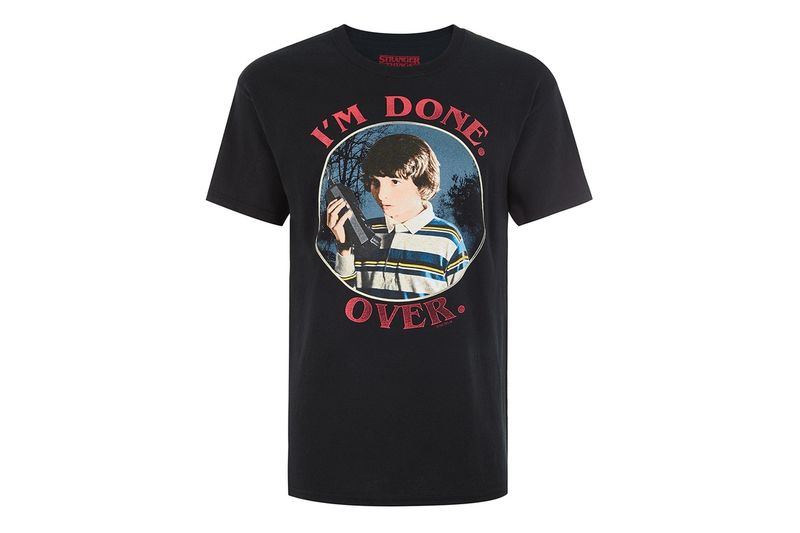 The Topshop and 'Stranger Things' Line is Available This Fall

Ellen Smith — October 19, 2017 — Pop Culture
References: topshop & hypebae
Share on Facebook Share on Twitter Share on LinkedIn Share on Pinterest
Topshop and 'Stranger Things' have collaborated to offer consumers a line of nostalgic merchandise that's as appealing to fashionistas as it is to lovers of the Netflix-original series, with the line dropping as the series' season two premiere makes its debut.

The extensive line is comprised of baseball caps, accessories, t-shirts, crew necks, sweaters and more, all complete with references to the cult-classic sci-fi show. Some of the items include cozy sweaters with prints of the entire gang, as well as over-sized t-shirts that feature a fan's favorite character. In addition to the impressive collection, the partnership is providing consumers with the opportunity to preview two Stranger Things' episode at an in-store cinema at Topshop's massive Oxford street location.