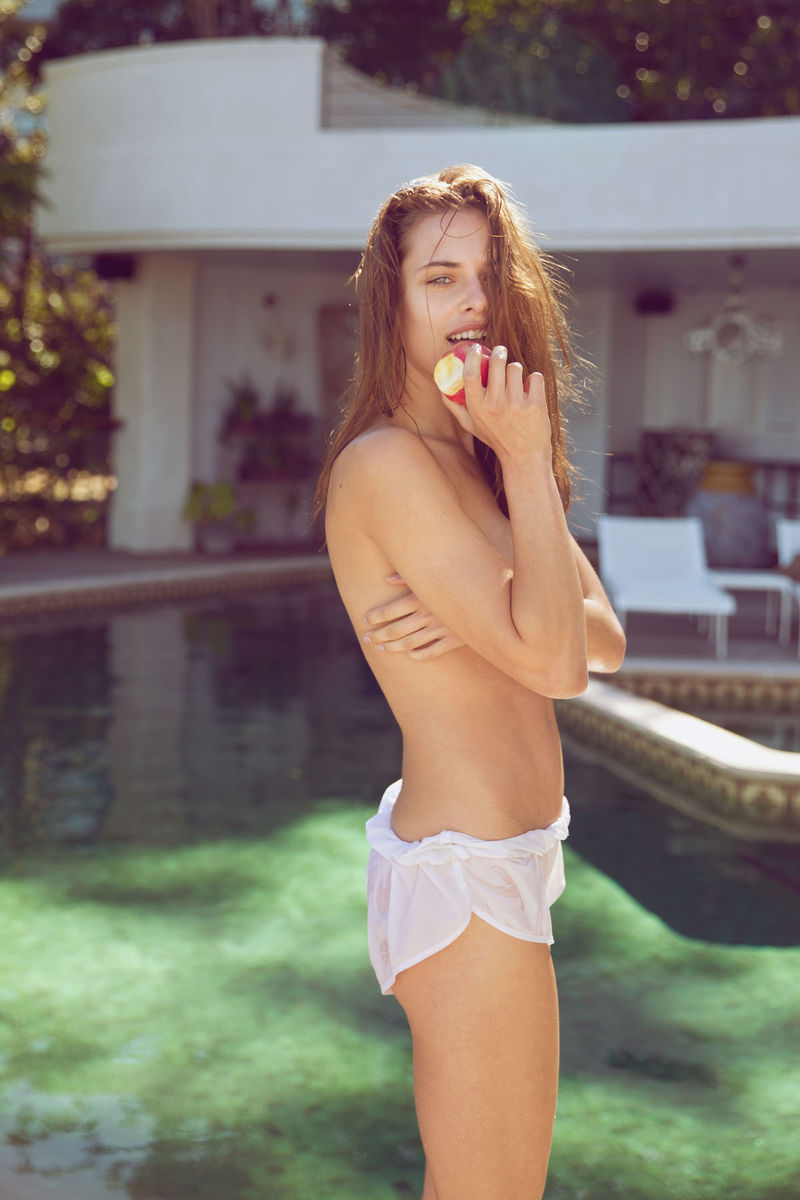 Hammond decided to play it by ear, arriving at Zakocela's guest residence with nothing but a bag of vintage clothes from Queen Justine Vintage and his camera equipment. Inspired by the spontaneous spirit, Zakocela frolicked in the backyard, dressed in several one-piece bathing suits (a high-cut leopard, a retro striped and a low-backed red suit). In several shots, she wears a pair of flimsy white bloomers that go completely transparent after a quick dip in the pool.

Throughout the shoot, Zakocela munches on the proverbial apple, channeling a modern-day Eve. Though she's not in a garden, it definitely looks as though she's still in paradise.
5
Score
Popularity
Activity
Freshness
Jeremy Gutsche Keynote Speaker