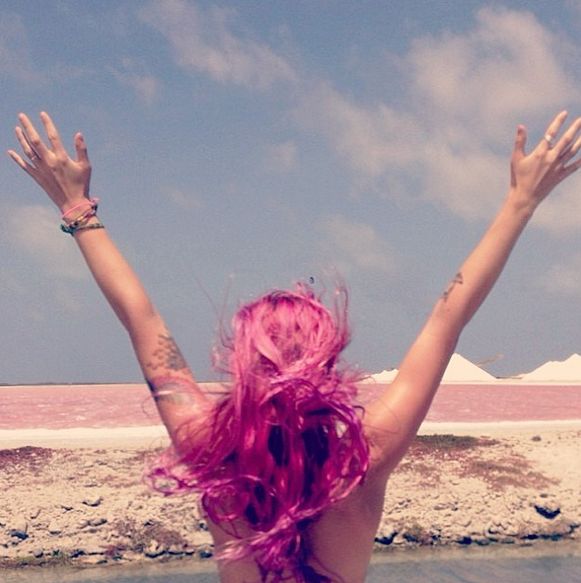 The 'Topless Tour' Encourages Women to be Fearless with Nudity

Meghan Young — September 17, 2014 — Naughty
References: instagram & buzzfeed
Share on Facebook Share on Twitter Share on LinkedIn Share on Pinterest
There have been some controversial occurrences when it comes to nudity and social media, so these topless photos are refreshingly liberating. Although they allude to the action of being topless more than being topless since they concentrate only on the bare backs of women, these topless photos still form a powerful series.

Started by Two British students, the topless photos have formed a successful Instagram account that has nearly 50,000 followers. Whether captured against dramatic natural backdrops, in yoga poses or even while doing extreme sports, these topless photos work to alleviate the pressure and judgement that comes with nudity. Buzzfeed writes, "Others have said that it’s a refreshing way for young women to embrace who they are and love their body."
4.7
Score
Popularity
Activity
Freshness
Get Trend Hunter Dashboard