Heidi Klum for Accessorize
Next
Set of
Related
Ideas 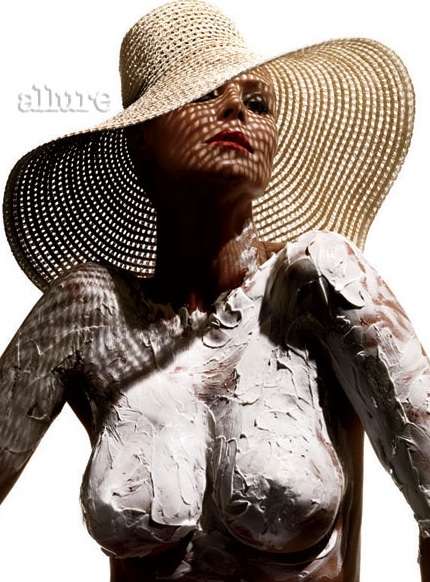 Sandra Winn — March 18, 2010 — Naughty
References: allure & allure
In Allure Magazine's April 2010 issue, one thing you'll be seeing is a topless Heidi Klum. Photographed by Michael Thompson, the modern day goddess is featured with her breasts slathered in mud while donning a very classy and elegant hat. The topless Heidi Klum is also seen flaunting her nude breasts and torso covered with red laser lights with an electrified hairdo.

Klum discusses her anti-aging and hot body secrets in April's Allure issue. To add insult to injury, for those of us who have yet to jump on the healthy bandwagon anyway, she doesn't diet and rarely exercises.