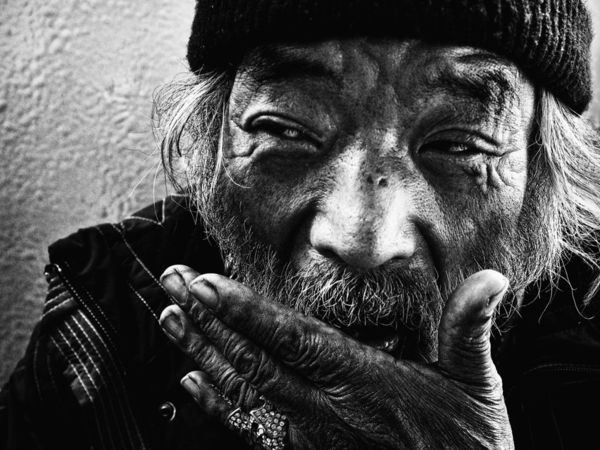 Rahul Kalvapalle — May 9, 2014 — World
References: tatsuo-suzuki.tumblr & weezbo
Share on Facebook Share on Twitter Share on LinkedIn Share on Pinterest
'Tokyo Street Portraits' is a photo series put together by Japanese photographer and Tokyo resident Tatsuo Suzuki. The series consists of highly intimate, close-up portraits of people in the streets of Tokyo going about their day. The characters chosen by Suzuki all appear to lead difficult lives as suggested by their appearance and facial expression. The photos show the subjects for who they are, and convey their humanity without filtering out their flaws.

The photos do not reveal too much about the subjects' backgrounds and situations, leaving it to the viewer to imagine what their stories might be.

Most of the subjects of 'Tokyo Street Portraits' are old and unkempt, and the vast majority are too tired, frustrated or preoccupied to smile for the camera. This gives the photos a realistic if grim air.

These intimate, up-close portraits of people in the streets of Tokyo speak for themselves. We love the direct gaze, the honesty and tough humanity of these photographs. One can only imagine the stories behind these time-worn faces.