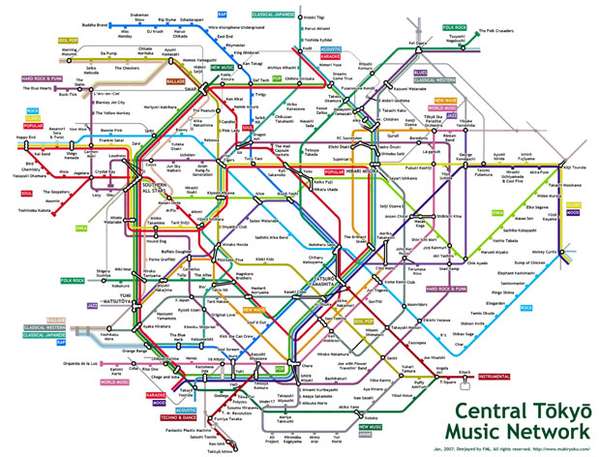 Despite common misconceptions, there's considerably more to Nippon's misunderstood music scene than pre-fabricated J-pop bands, and the Tokyo Music Subway Map aims to prove that. Whether you're an aficionado of moody jazz or a self-described metal head, the sprawling metropolis of Tokyo has something to offer.

What's so helpful about this map is its inclusion of popular bands, which makes jumping into Japanese music incredibly easy. A fan of techno? You should try listening to Fantastic Plastic Machine, and if hip-hop is your thing, Nitro Microphone Underground may prove interesting. Hey, I never said Japanese bands had normal names!
3.4
Score
Popularity
Activity
Freshness
Get Trend Hunter Dashboard