You on a Times Square Billboard 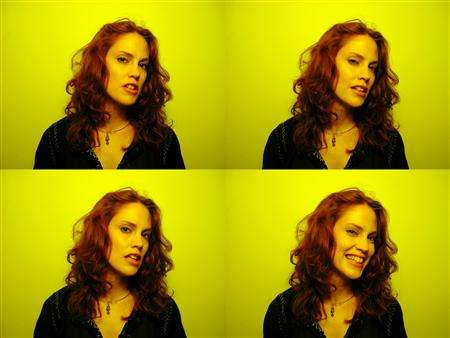 I in the Sky Public Art Project

Thanks to "I in the Sky," a new public art project, anyone can step inside a designated photo booth to have their photo be displayed as part of the project that will be shown in one of New York City's most famous spots.

The project is the creation of Raul Vincent Enriquez who wants to help bring photograph of real people to the face of a massive electronic billboard in a series of flipbook-style animations. They'll be shown on the side of Manhattan's Conde Nast (The New Yorker, Vogue, Wired) building from March 6 - April 26.

"You sit in the photo booth and hit the button and it takes about 30 photos of you and then we animate them," Enriquez explained.

Very cool! Too bad you have to have access to the photo booth at the Chashama art gallery. It would be neat if you could just upload the photo online; it could be a lot more international that way.

The animations will be posted online too, so even after the installation is down, there can be seen here.