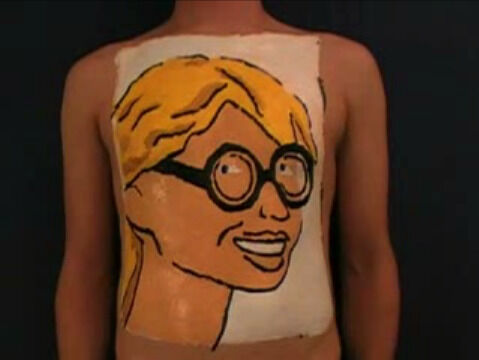 Artist Paints Himself In Protest Against Diesel

Rich — August 18, 2007 — Art & Design
References: adverblog
Share on Facebook Share on Twitter Share on LinkedIn Share on Pinterest
Is this what happens when an artist runs out of paper, or is it just a neat way to draw attention to yourself? Artist Phil Hansen has filmed himself as he paints a series of scenes on his upper body in an apparent protest against Fuel For Life. According to Adverblog that the video is part of an online campaign by Diesel for the launch of their new fragrance. A equally unconventional second protest video in which each day a guy adds a new t-shirt to the ever growing number he is already wearing. The first video is embedded here, but the second one can be seen here.
5.2
Score
Popularity
Activity
Freshness
View Innovation Webinars