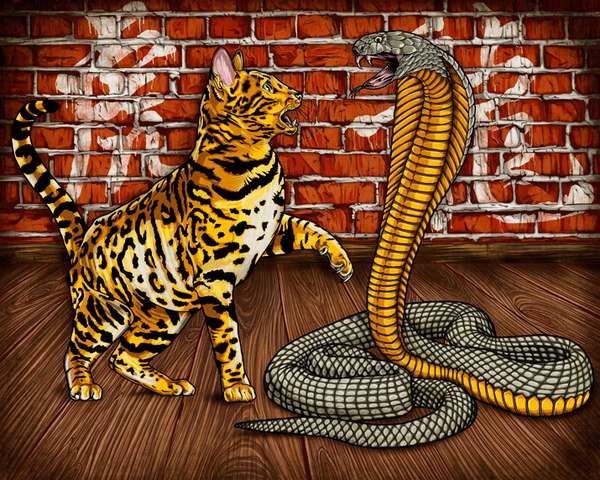 Pale Horse first uncovered the tale that would inspire Tiger & Dragon during a visit to Zhangzhou, China, where he witnessed locals pitting the two animals against one another in something akin to cockfights.

The Tiger & Dragon illustration, which features a cat locked in combat with a snake, is supposed to symbolically represent the mythic, and I can only assume epic, battles between dragons and tigers. I think the battle between these two creatures is interesting enough without the symbolism. My money's on the king cobra.

Implications - Consumers are attracted to media inspired by folklore because it satiates their desire to return to more traditional values. This desire stems from its familiarity, which consumers use as a coping mechanism for the rapidly changing economic and technological world. Corporations may consider using myth-inspired imagery in their wares.
1.6
Score
Popularity
Activity
Freshness
View Innovation Webinars