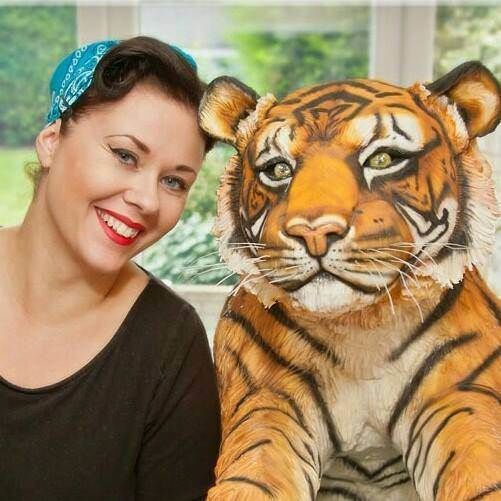 This Tiger Cake was Created to Raise Awareness of Endangered Animals

The life-size tiger cake is the work of British baker Zoe Fox, who spent 300 hours making the impressive edible sculpture. Fox is part of a network of bakers called 'Bakers Unite to Fight,' who make cakes to fight the worldwide endangerment of animals. The cakes are all equally astounding, boasting a level of detail and refinement that actual sculptors only dream of mimicking.

Fox's tiger cake will be displayed at Cake International, a showcase in Birmingham, and will hopefully raise awareness of the plight of tigers. According to the WWF, world tiger population has decreased by an alarming 45% over the past 10 years and an estimated 93% of the tiger's natural habitat has been lost to deforestation.
5.5
Score
Popularity
Activity
Freshness
Attend Future Festival