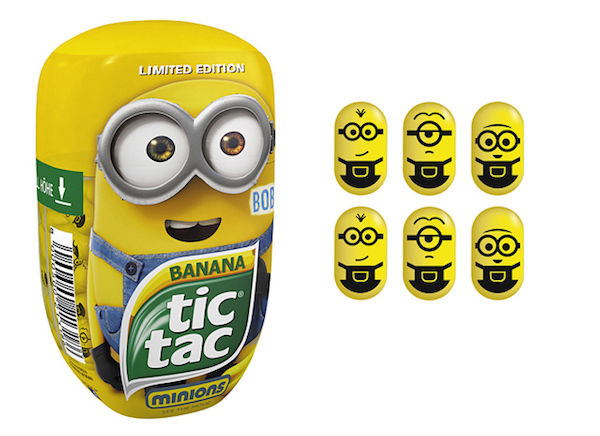 Meghan Young — May 14, 2015 — Pop Culture
References: tictacusa & designtaxi
Share on Facebook Share on Twitter Share on LinkedIn Share on Pinterest
The Tic Tac Minions are coming back, just in time to celebrate the 'Despicable Me' spin-off this summer. Although they were originally released last year for the sequel, they were so popular that the brand decided it was only good business to bring them back. The packaging itself has been revamped as well to mimic the main minion characters from the franchise: Stuart, Bob and Kevin.

Available in a delicious banana flavor, the tiny Tic Tac Minions themselves are decorated with faces of the minions. This might make them hard to eat, but since they are limited-edition, it would only be natural for people to save them from a wet death by displaying them on a shelf.
4.8
Score
Popularity
Activity
Freshness
Attend Future Festival