Top 30 World Trends in July
Next
Set of
Related
Ideas 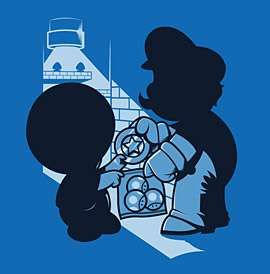 The company has created the 'Magic Mushroom' t-shirt, which features two unnamed and shadowed characters exchanging money for mushrooms.

The two do look suspiciously familiar, but we'll leave that to the imagination. The 'Magic Mushroom' t-shirt is available to purchase online.

Implications - The Mushroom Kingdom definitely got a hilarious dose of sketchiness due to the imaginations of the people over at Threadless Tees. The Super Mario Bros. t-shirts are available in multiple colors and designs. Some of the shirts feature sayings such as "I scored with the princess." They would make a perfect gift for your favorite geeky gamer.
6.9
Score
Popularity
Activity
Freshness
View Innovation Webinars