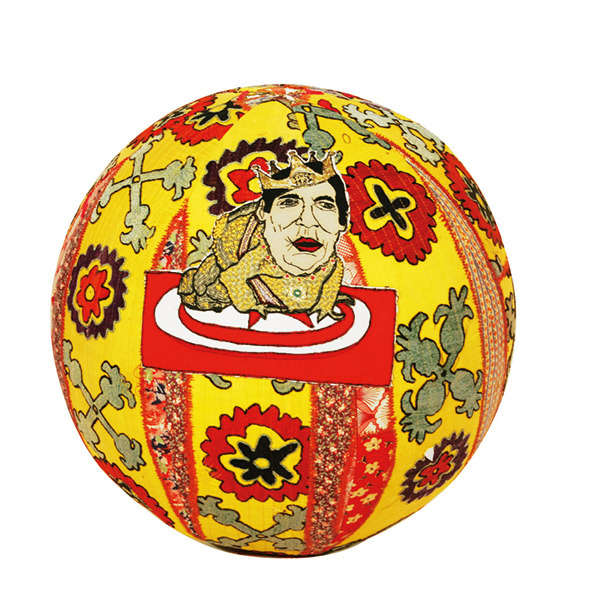 Meghan Young — January 18, 2013 — Pop Culture
References: bokjadesign & itsnicethat
Share on Facebook Share on Twitter Share on LinkedIn Share on Pinterest
The Then There Were None series is a collection of tactile spheres decorated with imagery of historical fallen dictators. A creative response to the Arab Spring, the revolutionary wave of demonstrations, protests and wars occurring in Arab since December 2010, it memorializes the struggles of the past as well as the strength of the people.

Created by Bierut-based duo Hoda Baroudi and Maria Hibri of Bokja, the Then There Were None series revolves around such leading figures Marie Antoinette, Kim Jong-Il, Colonel Gaddafi and Saddam Hussein. Vibrantly colorful and eccentrically patterned, the tactile spheres are oddly compelling.

Working with traditional materials and techniques, the Then There Were None series may span over different centuries and cultures, but the artform itself is recognizably Arab. They also fit into Bokja's contemporary signature style.
0.5
Score
Popularity
Activity
Freshness
Jeremy Gutsche Keynote Speaker