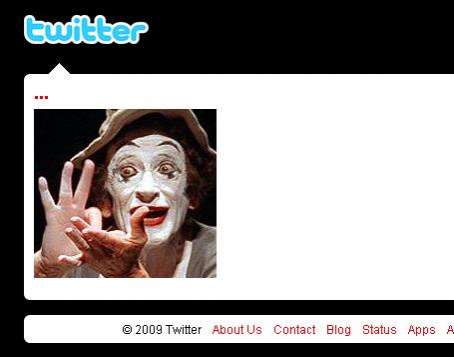 This is one of those times I smack myself on the forehead and declare: “Ouch!” and then, “Brilliant.”

Of course TheMime would embrace Twitter, since all the hottest performers are Tweeting: Shaq, Demi Moore, Justin Timberlake and Congress. Unlike Mime performances, Tweeting “what are you doing” isn’t as irritating/entertaining as watching a mime. It’s just downright brilliant.
2.1
Score
Popularity
Activity
Freshness
Get the 2021 Trend Report FREE