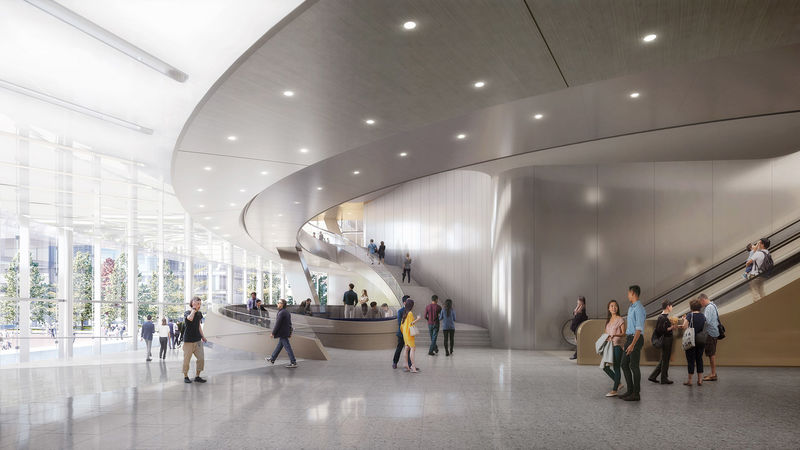 Kalina Nedelcheva — December 6, 2018 — Art & Design
References: unstudio & dezeen
Share on Facebook Share on Twitter Share on LinkedIn Share on Pinterest
Dutch architecture firm UNStudio boasts its plans for a new theater complex in the West Kowloon Cultural District in Hong Kong. The designs were released for the first time at the city's Business of Design Conference. The floor plan boasts three separate performance venues — a 1,450-seat, a 600-seat, and a 270-seat space. Each is connected to the others through a network of ramps.

UNStudio also secures areas for rehearsal, shops, restaurants, as well as "an eight-studio center for the resident dance company." In addition, the theater complex's exterior enjoys a degree of transparency. This is achieved through the strategic glazing of the facade that allows a seamless dynamic between indoor and outdoor spaces.