Sci-Fi Board Game Makeovers
Next
Set of
Related
Ideas 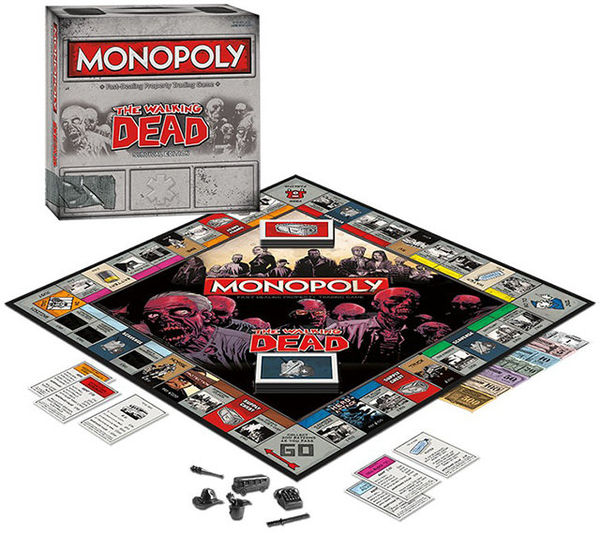 Based on the popular TV and comic book series, The Walking Dead Monopoly keeps the traditional rules and changes the look and names of the pieces. Gone is the car piece; instead, you'll need an RV, chance and community chest are now scavenge and supply chest respectively, money has been converted to supply bills and you no longer buy houses and hotels for your properties, but rather fortify them with walls and guard towers.

When you're playing The Walking Dead Monopoly and want to flip over the table because the person you thought was your friend kicked you out of your safe haven and left you for dead, try and remember it's just a game.
2.7
Score
Popularity
Activity
Freshness
Attend Future Festival