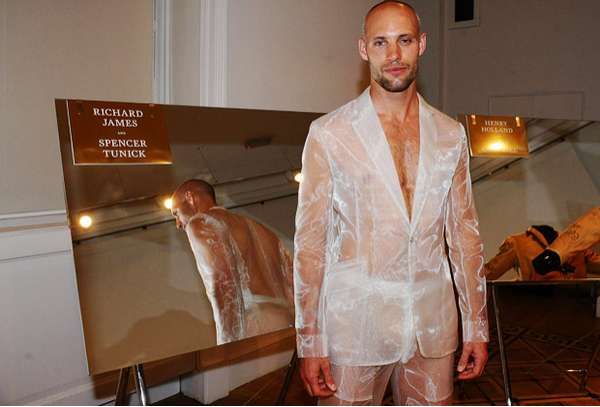 The magazine commissioned eighteen of the world’s top fashion designers and artists to participate in this effort. Designers like Ralph Lauren, Sir Paul Smith, Dolce and Gabbana, and John Galliano collaborated with diverse artists such as Ron Arad, Mark Ronson and Antony Gormley to create one-of-a-kind designs that push the limits of creativity and originality.

One of the standouts is the aforementioned ‘Naked Suit,’ which is made out of transparent organza. The design is obviously inspired by Spencer Tunick’s famous nude public photography.

All the suits are showcased in a free show throughout the month of August at Somerset House.
5.5
Score
Popularity
Activity
Freshness
Jeremy Gutsche Keynote Speaker