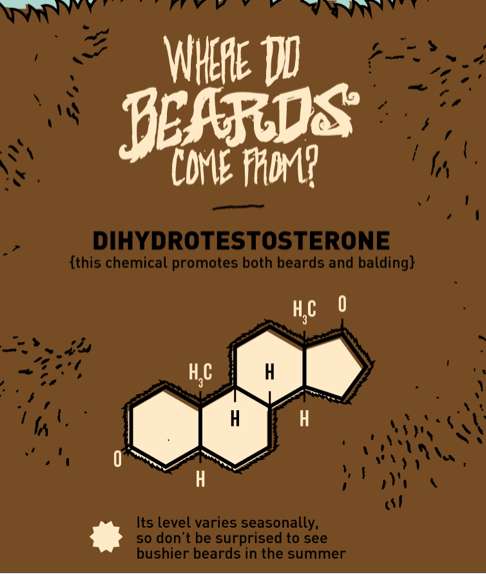 The Science of Beards Infographic Talks About Male Scruff

Created by Online PhD, the chart notes that beards were historically a sign of honor and manliness -- the thicker and burlier, the better. However, after Alexander the Great outlawed soldiers from having them (for fear they would be tugged and yanked on in battle) the hairy fad cycled in and out of fashion.

According to the chart, women find men with facial hair 2/3 as sexy as men who are clean-shaven; presumably, causing only 33% of American men and 55% of men worldwide to sport the lumberjack look. Men with various degrees of scruff were also seen as less generous, less caring and less cheerful.

There is hope, however, for anyone wanting to keep the hyper masculine tradition alive; The Science of Beards infographic mentions that men with facial hair are seen to be of higher status, are more respected and appear more powerful than men without. The graphic urges "real men" to not shave, and instead, to find a woman who embraces the bristles.