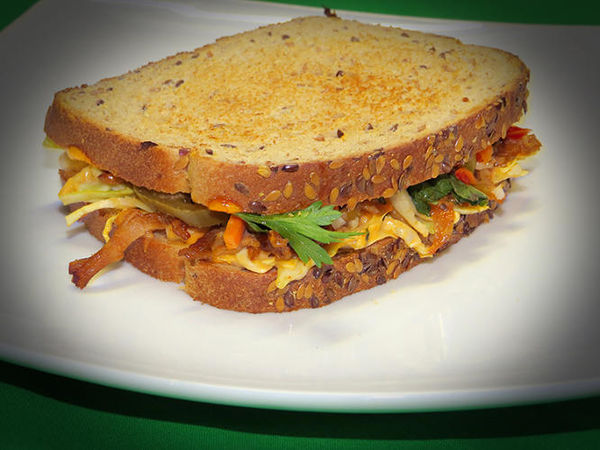 Meghan Young — June 12, 2014 — Business
References: magicalbutter & fastcoexist
Share on Facebook Share on Twitter Share on LinkedIn Share on Pinterest
Those looking for a different type of kick when it comes to their food in place of spicy sauces and the like will want to turn their attention to The Samich. The Samich is a marijuana food truck that serves THC-infused sandwiches. From grilled cheese to pulled pork and peanut butter and jelly, the menu that will have people salivating in no time, although for reasons other than hunger.

Created by MagicalButter Studio, The Samich will set up a permanent spot in Seattle, Washington. Each meal is created with the help of MB2, a device that inserts botanical extracts into butter, cooking oil and alcohol. What could be the first-ever marijuana restaurant that's completely open to the public, The Samich allows people to choose how much weed is in their food to prevent overdose.
6.8
Score
Popularity
Activity
Freshness
Attend Future Festival Virtual