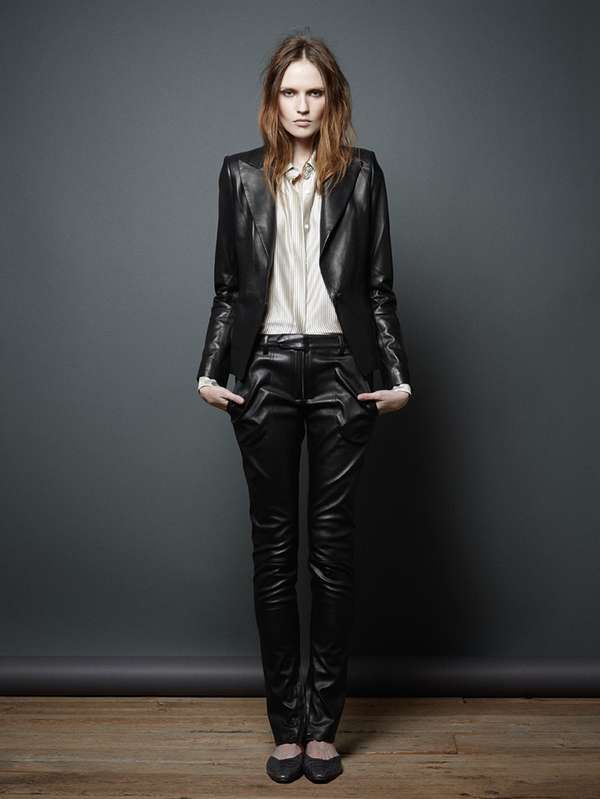 This is an interesting look to say the least, and yet the androgynous models are still put-together and effortlessly chic. This collection definitely looks like something Mary-Kate or Ashley Olsen, the line's designers, would wear.

Implications - Unisex fashion has redefined what it means to wear "appropriate" attire. The androgynous theme is changing gender roles, which has allowed individuals to freely express themselves without being judged. This sort of liberty has greatly influenced brands who are now unafraid to think outside of the box in designing outfits that bring a whole new style to consumers who dare to try something different.
2.2
Score
Popularity
Activity
Freshness
Get Better and Faster

Twin Obsession Behind the Scenes
Mary-Kate Olsen on Elle

30 Olsen-Made Looks
Olivier Sarkozy and Mary-Kate are Controversial, But She's a Talented Designer