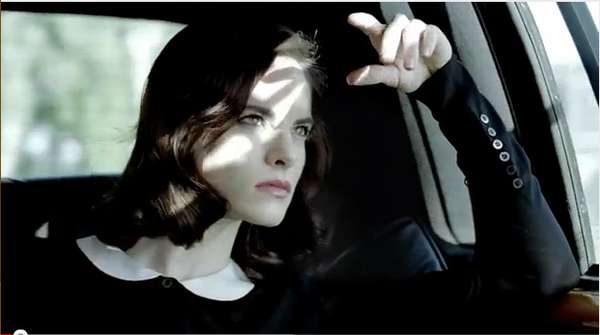 The Perrier 'The Drop' Commercial Saves Earth From a Heatwave

Erin Kirkpatrick — July 12, 2012 — Marketing
References: perrier
Share on Facebook Share on Twitter Share on LinkedIn Share on Pinterest
When it comes to creating an intricate and stimulating advertisement, the Perrier 'The Drop' Commercial is a short that hit the jackpot. Set in a state of climate crisis, Perrier's sensuous story line follows a gorgeous astronaut, played by Amy Bailey, who is involved in a mission to save the world from a killer heatwave.

The Perrier 'The Drop Commericial' shows the struggle that the beloved heroine must face; whether to refresh herself, or a planet in peril. Through its partnership with award-winning director Johan Renck, Perrier created an emotional and equally dramatic film that shows Bailey battling a savage sun that threatens to melt the Earth.

Ultimately, the heroine quenches her thirst and successfully saves the planet using a single drop of Perrier. This clever commercial demonstrates Perrier's thirst quenching capability; although, the Earth-saving characteristic might be a stretch!