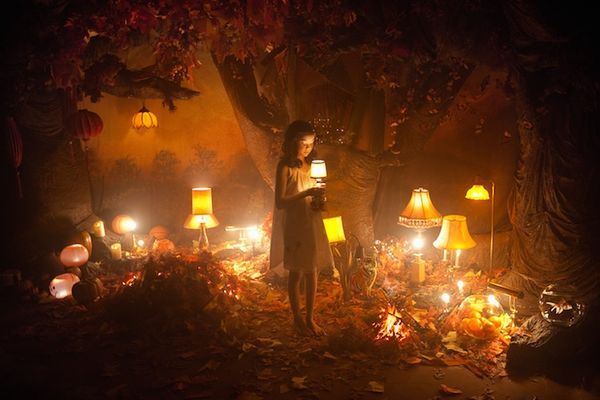 The Orange World by Adrien Broom is an Enchanting Fairy Tale

Meghan Young — February 7, 2014 — Fashion
References: adrienbroom & mymodernmet
Share on Facebook Share on Twitter Share on LinkedIn Share on Pinterest
The Orange World photo series revolves around, not surprisingly, an orange world. That is to say, it is a rife with orange details from golden lights and autumn leaves to Monarch butterflies and goldfish. Yet the little girl who stars in the photoshoot has nothing orange about her. Instead, it is as though she has stepped into The Orange World as part of a dream. She is even dressed in a white night gown to perpetuate that thought.

Shot by Adrien Broom, a fine art photographer based in New York City, The Orange World photo series is part of her larger project titled 'The Color Project.' Full of whimsy, this series encourages viewers to come up with their own fairy tale-like narrative about the little girl and her orange world.
6
Score
Popularity
Activity
Freshness
Jeremy Gutsche Keynote Speaker