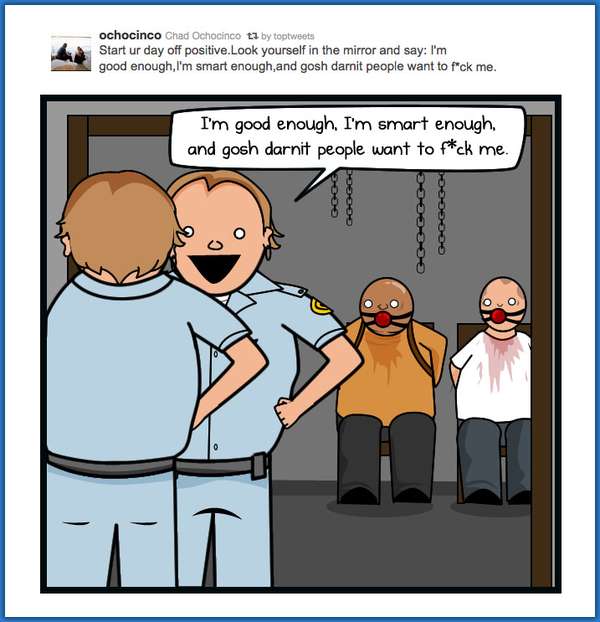 Top Tweets posts the most popular items on Twitter, from celeb posts to those by popular users. After joining @toptweets, The Oatmeal was inspired by the morons driving the cultural experience online. The series features sarcastic bashings of Bieber, Cher, Kristie Alley and Oprah.

For any already shaking heads at the ridiculous content frequently updated, see a tweet from user 'Friendship' for a swift kick in the pants. The sickly sweet user posted, "True friends are like diamonds, precious and rare. False friends are like leaves, found everywhere." For any natural cynic this is overwhelmingly gut-churning. The Oatmeal's interpretation perfectly coincides with the nausea-inducing Tweet. The artist recreated the tweet into a mocking image of a friend "getting stuck in the f**king mower," according to the comic.
2.7
Score
Popularity
Activity
Freshness
Attend Future Festival