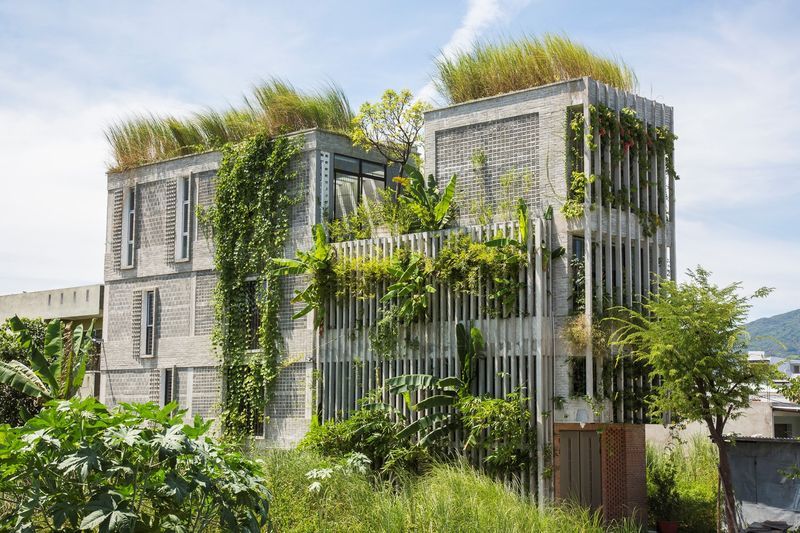 'The Modern Village Office' is Filled with Greenery

Joey Haar — January 17, 2018 — Art & Design
References: archdaily
Share on Facebook Share on Twitter Share on LinkedIn Share on Pinterest
'The Modern Village Office', an architecture studio in Da Nang, Vietnam, takes advantage of its tropical location to give the occupants ample green space. Both the interior and exterior of the building are covered with lush foliage, including vines, shrubs, trees, and flowering plants.

According to Ho Khue Architects, the team behind The Modern Village Office's design, the building is inspired by rural Vietnamese living. Those poorer areas of the country feature sparse buildings constructed primarily out of concrete, leaving plenty of space for the natural flora in the area to enter those spaces. Vietnam as a country has developed significantly over the past several decades, but The Modern Village Office pays tribute to some of the more romantic aspects of those buildings and scenes in which many citizens were brought up.
4.4
Score
Popularity
Activity
Freshness
Attend Future Festival