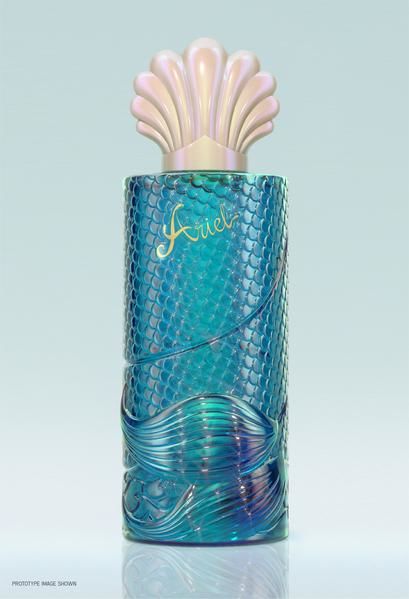 Disney and DefineMe are Launching The Little Mermaid Perfume

Laura McQuarrie — August 12, 2019 — Fashion
References: definemefragrance & bustle
Share on Facebook Share on Twitter Share on LinkedIn Share on Pinterest
This fall, Disney fans can look forward to being able to get their hands on an official The Little Mermaid perfume from DefineMe. The collaborative Disney x DefineMe scent is said to be the first in a series of fragrances inspired by the iconic Disney princesses.

The princess-themed perfume embodies the essence of Ariel with citrus, neroli, tonka bean, coconut and driftwood, which come together to form an uplifting and beachy scent. Naturally, the packaging of the product also pays tribute to the famous Disney princess, as The Little Mermaid perfume comes in an iridescent bottle with details like scales, fins and a shell-topped cap.

Later this year, the scent is set to launch in two sizes, including one large 75-milliliter bottle and a second, travel-friendly 28-milliliter spray bottle with a similar color scheme.
4.3
Score
Popularity
Activity
Freshness
Get Trend Hunter Dashboard