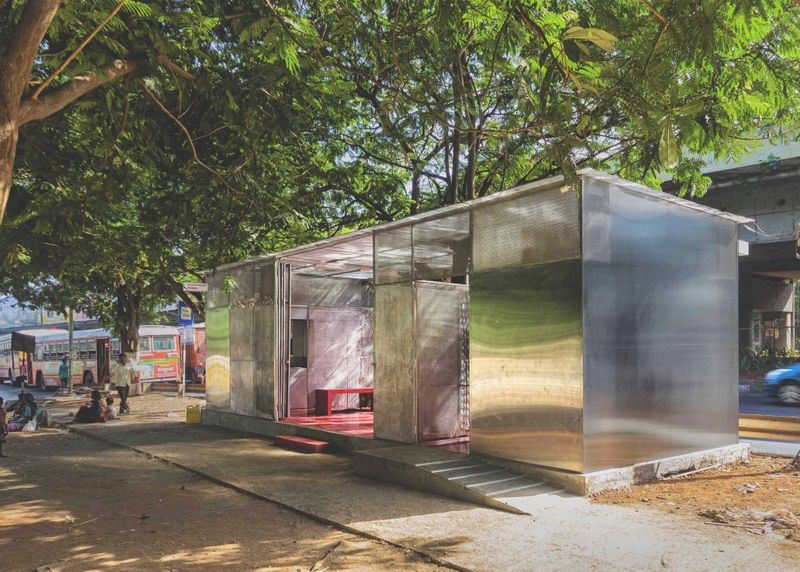 Joey Haar — August 20, 2016 — Art & Design
References: agasti.org & dezeen
Share on Facebook Share on Twitter Share on LinkedIn Share on Pinterest
In the Indian city of Thane, architect and designer Rohan Chavan has built a female public restroom called 'The Light Box' that intentionally encourages socializing. The small, three-meter by nine-meter toilet enclosure is built around a gnarled tree on the streets of Thane, and it contains four females-only toilets that surround a bright pink "waiting area" for other women.

The space is designed to encourage socialization between women using the facilities. Beyond the pink waiting area, the toilets themselves have no doors, and can be accessed by rounding a series of walls that block view of them from the street, allowing for easier conversation.

The Light Box was commissioned by Agasti, an organization that is dedicated to improving the safety and quality of public toilets across India.
6.3
Score
Popularity
Activity
Freshness
Get the 2021 Trend Report FREE