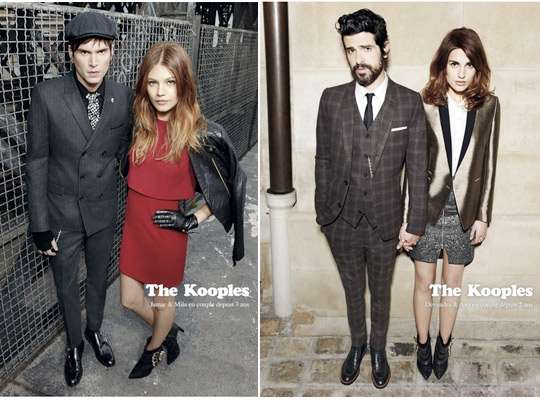 With Highsnobette deeming the collection “a mix of New Yorkian rock and Pariasian chic,” their look book is a fantastic marriage of both exemplary styles. Branding for the The Kooples is highly dependent on oozing a cool Parisian hipster style that appeals to fashion-savvy young adults aiming to look smart.

Using some of the chicest couples, the collection shines through with its model’s adherence to brand identity. Appearing this season are Portuguese graffiti artist André Saraiva and his model/designer girlfriend Annabelle Dexter Jones. The promotion also features musician Devendra Banhart with Ana Kras, and Jamie Burke with beau Mila de Wit. The campaign does a stand-up job at portraying hip elegance with mass appeal.