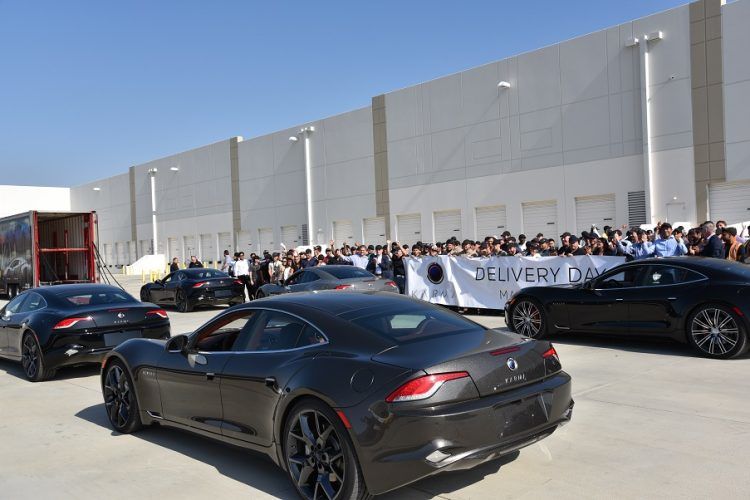 The Fisker Karma Has Been Officially Reborn as the $130,000 Karma Revero

Michael Hines — May 16, 2017 — Autos
References: karmaautomotive & insideevs
Share on Facebook Share on Twitter Share on LinkedIn Share on Pinterest
Karma Automotive has just revealed that the first Karma Revero plug-in hybrids have come off the production line. The Revero is a reborn Fisker Karma. Fisker Automotive declared bankruptcy in 2013, shortly after releasing its first model, the luxury plug-in hybrid Karma. The new Karma Automotive is relaunching that model, albeit with a few small tweaks. The innfotainment center has been given a significant upgrade and the powetrain has been upgraded.

On electricity alone the Karma Revero can run for 50 miles, and with its gas engine acting as a generator it has a max range of 300 miles. That's not bad for a car that can do 0-60 mph in just 5.4 seconds. The Karma Revero has a starting price tag of $130,000. There was no word on how many models rolled off the line. There are 10 dealerships across the U.S. that will sell the Karma Revero, so production will be limited.
5.8
Score
Popularity
Activity
Freshness
Attend Future Festival Virtual